Last month Apple released iOS 4, we have now came across a screenshot of iOS 4.1, apparently iOS 4.1 will bring both improved functionality and interface tweaks.

As you have probably heard the iPhone 4 signal/reception problems seem to be the result of a hardware fault, not software, thats said Apple have tweaked the signal bar, which will hopefully show a more accurate indication of signal strength.

Users lucky enough to get hold of iOS 4.1 are saying that this update doesn’t improve the iPhone 4 reception problem, which isn’t too surprising.

There are a few other improvements mentioned, including a modified Game Center app, auto-rotate in landscape mode when using the Camera app and improvements to FaceTime which allows you to add favorites.

If you check out the source link below you can see some high-res screenshots of iOS 4.1. What changes/improvements would you like to see? 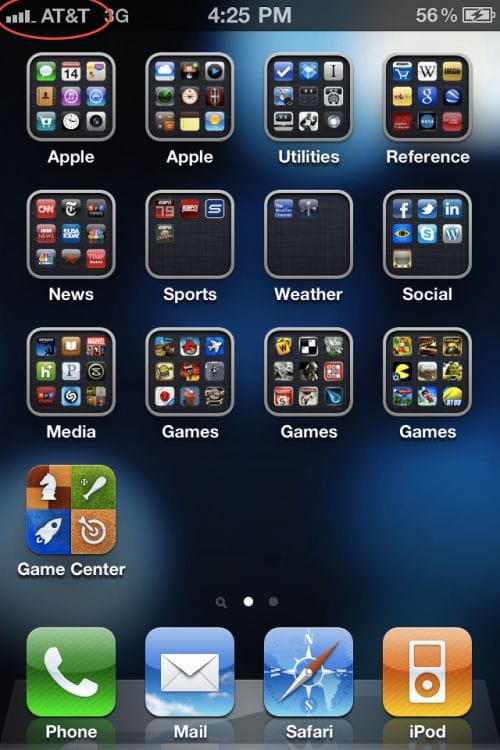