The iPad 2 is becoming hot news lately, with many different specification rumors and features. Now we are getting some reports that Apple might announce the new iPad at an event in March.

According to Apple Insider a Japanese blog which has been accurate before in predicting Apple’s plans, thinks that the device will be officially revealed at a smaller than usual event in March. It also says it thinks the iPad 2 will only be announced, and released at a later date.

Chris Frost of TFTS is also reporting on the story from the Japanese blog, and weighs up why Apple would wait until March before announcing the new iPad. The original iPad was revealed at the end of January last year, and one reason for delaying this time could be to shift stock of the original iPad. 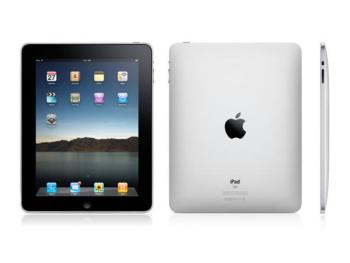 Apple could be trying to build up a big stock of the next generation iPad before announcing it, and hopefully better keep up with demand. They could also be waiting for the illustrious Steve Jobs to return from his medical leave.

But a report over at TechDin is saying an announcement on the new iPad is due as early as next week. It is stating that trusted sources are saying the iPad 2 will then be launched at the beginning of April. Whichever report is correct it is only a matter of weeks for we will finally know what Apple will be offering us.