We have an interesting article for you to read now, especially if you are an iPad or Samsung Galaxy Tab owner, as a recent survey has asked consumers which tablet they prefer, and the results are pretty conclusive.

As reported from Apple Insider, a consumer poll conducted by Piper Jaffray Analyst Gene Munster has revealed that 85% of those polled prefer the iPad to the recently released Samsung Galaxy Tab device.

However, only a minor number of users were polled, 65 according to Apple Insider, so there are probably a lot of happy Galaxy Tab owners out there who prefer their device over the iPad. 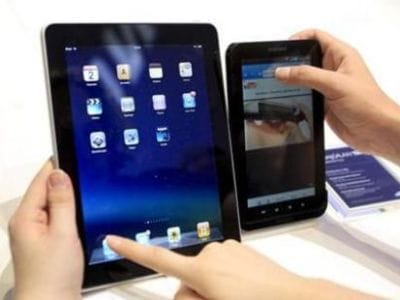 We wonder if the price of the two devices was the telling factor in the majority vote, or just a preference of Android or iOS. Don’t forget that the Samsung Galaxy Tab is $30 cheaper than the 3G iPad model at $629.

What are your thoughts on the results? Would you agree that the iPad is ‘better’ than the Samsung Galaxy Tab or not?