At the moment it would be fair to say that there are only a few major players in the e-reader wars, a chart which recently appeared on MSNBC (shown below) suggests that the Apple iPad is the e-Reader which most people would buy in the next 90 days. 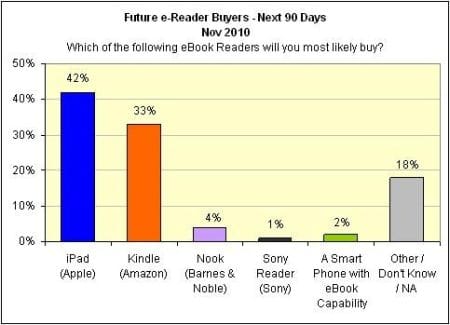 The chart (from ChangeWave) shows that 42% of the people asked wanted an iPad, 33% wanted a Kindle, and just 4% wanted a Nook, the rest of the results went to less popular devices such as the Sony Reader. 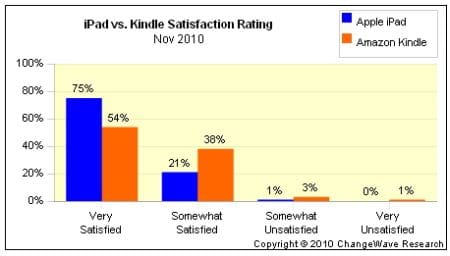 To be honest with you I think that is hard for people not to be biased when it comes to the Apple iPad, yes it is a great eReader, however I can’t help but think that people are very satisfied with their iPad for other reasons rather than its eReading capabilities.

What do you think is the best device for eReading capabilities? (ignoring all other features)