If you head over to the iPad section on the Apple UK site, you’ll clearly see that the WiFi edition was expected to be shipping in late March.

However, Apple has justed stated in their press release that the UK, along with other selected countries will get the WiFi iPad at the end of April.

Whether this is a confirmed delay, or just a mis-leading error on the website, remains to be seen. We will keep you updated as we gather more info. Let us know your thoughts on this. 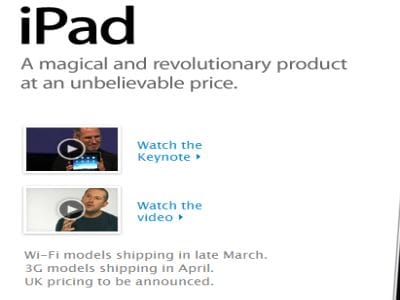