We have heard a few times that Steve Jobs turned down the iPad having a 7” screen because he feels it’s too small. Since then we have seen the release of a few tablets with the screen size of 7”.

The Samsung Galaxy Tab is one that has done particularly well; it has in fact been more popular than they first thought it would be. With CES next month, the number of tablet PC’s on the market, we think is going to dramatically increase. Some tablets sound like they are easily comparable to the current Apple iPad like HP’s PalmPad.

There are a lot of rumors flying around about Apple releasing the iPad 2. It is expected to grace us with it’s presence in 2011, although we haven’t had anything to officially confirm yet. We are wondering what the thoughts are now about a smaller iPad, an iPad mini. We can see that there is room for it in the market but will Apple pursue the opportunity?

Below is a picture found over at Slashgear.com, it shows a guy holding a full sized iPad and what looks like an iPad mini? 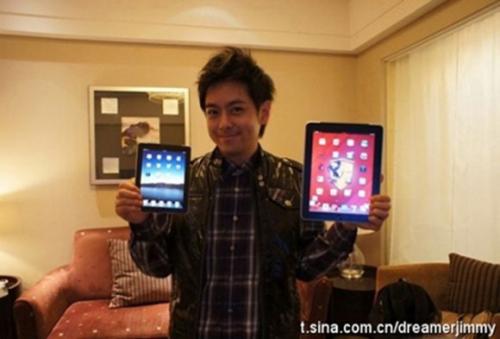 What we want to know is do you think this is real or fake? Let us know your thoughts in the comments below.