If you have decided that you want to change from Siri to a different personal assistant, Microsoft is making it happen this week by releasing a new and improved Cortana app specifically for the Apple iPad.

Not many will realise that you can disable Siri and use a competing personal assistant if you choose and now Cortana gives you the option of that if you want to try something new.

Microsoft has updated the iOS app with support for iPad and promised that performance will be 20% faster too – you can download it now here if you are interested. 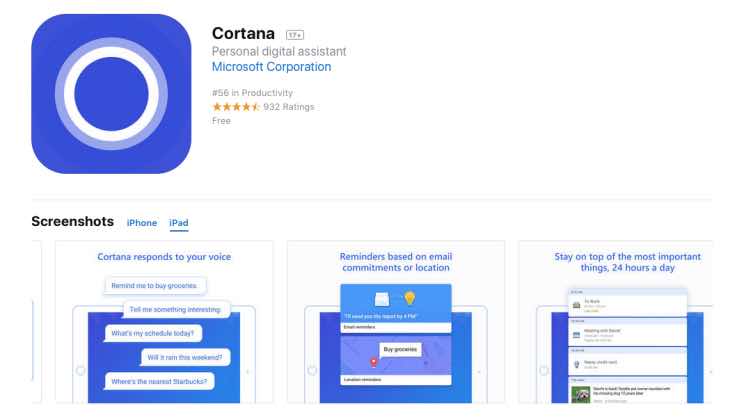 We are surprised to see just how many users appear to favour Cortana over Siri as well. The app store reviews for Cortana are very positive at the moment with some specifically saying that Cortana is the better service when it comes to needing a quick map address.

Are you already using Cortana on iOS and think that it is better than Siri or do you disagree?