Somebody please mark the 22nd of October as the Tablets day. In one day three flagship tablets had been unveiled by two front-running names in the mobile industry – MSFT is not yet, from my perspective – the Apple iPad Air, the Surface 2 and the Lumia 2520.

I know that many of you enjoy comparing the specifications between devices, hence the post. A disclaimer to you folks that rely on specs of each individual device to conclude which one is the best; that is wrong. In addition to that, this post is written thus to illustrate the features of each tablet. Its purpose is not to showcase which one is better. With that said, let’s take a quick glance at the three tablets.

The iPad Air, or the fifth gen iPad as referred to by anyone, constitutes Apple’s hidden card for the 2014 season in the 10-inch tablet industry. The name speaks for itself, the device is ridiculously lightweight – it weighs 1 pound, 469g -, 43% smaller bezels and is 20% thinner than the iPad 2 – now measures just 7.5mm. The device is the most significant upgrade since the inception of the product line back in April of 2010. 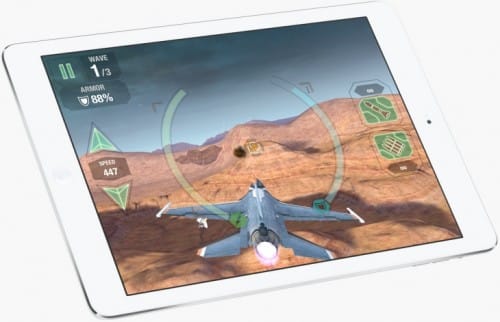 The device took design cues from its younger brother, the iPad mini, as it now has more curved edges. In terms of display, the iPad exhibits a 9.7-inch IPS LCD screen with screen resolution maintained to 1536 x 2048, that would give a pixel density of 264 ppi. The new iPad sports the company’s latest gen chip, the A7 alongside with the M7 motion co-processor. The primary sensor on the back has remained stagnant, shooting at 5 megapixels and recording full HD video, as for the front secondary Facetime HD camera on the front includes “larger pixels” and a backside-illuminated sensor for better image quality. Furthermore, the 32.4 Wh battery can run the juice for 10 hours. The iPad has an LTE version as well.

As we speculated correctly in our iPad mini 2 rumor roundup, both devices come in a wider color and storage range. Black and white has been replaced to space gray and silver respectively, and an extra storage option has been added offering 128GB of internal memory. The iPad Air ships with iOS 7 out of the box.

When will it be available and for how much?  The new iPad will hit the stores of all countries that the Cupertino giant ships the devices to and this will start on the first of November at $499.

Moving on to Microsoft’s device, the Surface 2, the device is covered by magnesium dressed in dark titanium with a built-in 2-stage kickstand, and houses a full HD  10.6-inch multitouch display with a pixel density of 208ppi. The Surface has been bumped up with one of the best chips in the tablet market, the quad-core Nvidia Tegra 4 T40 clocked at 1.7GHz in conjunction with a 72-core ULP GeForce GPU and 2GB of memory. Storage wise the customer has to opt between 16 and 32 gigs, upgradable via microSD up to 64GB. The Surface is 200 grams heavier than Apple’s badboy and slightly thicker. Camera wise the Surface packs a 2592Ñ…1936 5MPix sensor on the back, that comes along with full HD video and LED flash, and a 3.5MPix camera on the font shooting full HD video as well. 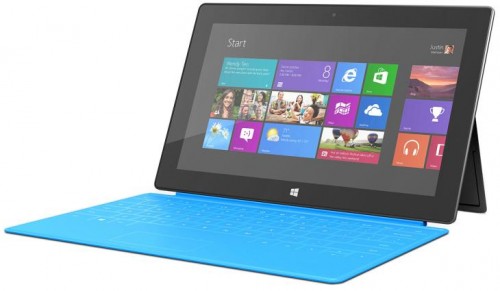 The device runs the company’s Windows RT. Let’s see how that goes.

When will it be available and for how much? The device is expected to launch in the next few days and will set you back – starting price – $449.

Finally, the Lumia 2520. The Surface’s ally from the same Windows RT camp with one mission to accomplish; dethrone the iPad. Hold on to that thought, ‘kid’.

Based on Nokia, the tablet has been in the works for the last two years and has been dominating the cyber rumor mills primarily since summer. Its specs and design leaks were pretty accurate, like the above ones. Fundamentally, the device is a sized up Lumia smartphone, at least on the front. The hardware of the 2520 is dominated by the product line’s the signature colored unibody polycarbonate shell with glossy and matte finishes. The front panel exhibits the tablet’s 10.1-inch full HD IPS display with a 218ppi, covered by corning Gorilla glass 2. It comes with a built-in keyboard as well. 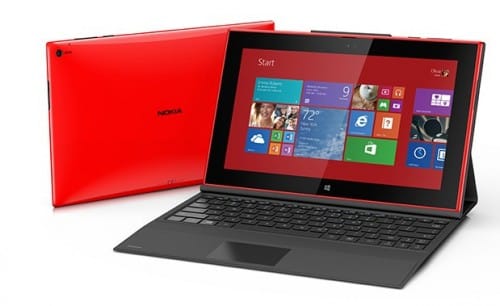 The Lumia is heavier than the iPad and lighter compared to the Surface, coming at 615g. Though more or less its dimensions match the Surface – it is a  bit thinner. The 2520 packs Qualcomm most powerful chip, the quad-core Snapdragon 800 clocked at 2.2GHz alongside with an Adreno 330GPU and 2GB of RAM. It comes in solely one storage option, 32GB that can be extended via microSD up to 32 gigabytes. The tablet snaps photos at 6.7MPix and shoots full HD video, whereas its secondary 2MPix sensor shoots at 720p. Nokia included a 8,000 mAh battery that can last up to 10 hours. Its color range includes: Cyan , Red, Black, White. The 2520 is LTE compatible.

When will it be available and for how much?  The Lumia 2520 will be launched by the end of the year. Pricing wise there is not confirmed intel regarding it yet.

I wonder which one of these tablets is your favorite. Let us know what you think in the comment section down below.