We have just hours to go until the exciting Apple iPad Air 2 event start time. We know that Apple will be opening their doors at 10am Pacific Time, but now we have a quick heads-up on what time the event will start worldwide for everyone else.

The good news is that you’ll once again be able to watch the event live via Apple’s website. That could be a double-edged sword though for many, as you may remember that Apple’s iPhone 6 event stream was practically unwatchable in September.

Here’s hoping that Apple has taken on board the criticism that they received and will ensure that their servers can cope with the pressure this time around. With the event unusually starting on a Thursday compared to at the start of week which is Apple’s tradition, expectation is running high on what else we may see other than a new iPad Air tablet. 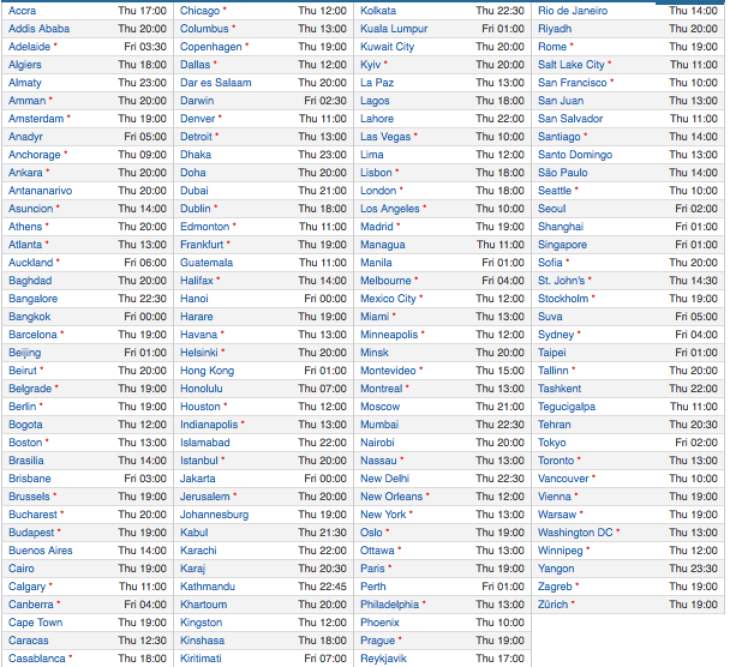 Above is a chart that we have included, showing the iPad Air 2 event time in your area. Just locate your city and you’ll find the relevant time – London will kick off at 6pm, Hong Kong at 1am, Moscow at 9am and so on.

We have just over 16 hours to go until the event starts, so make sure you ready. What else are you expecting to see after the iPad Air 2 and iPad Mini 3 reveals which are already confirmed?

Let us know if you tried to watch Apple’s iPhone 6 event, but suffered major stream problems as we did.