It was only a few years ago that we wished tablet PCs would become popular, and now almost 12 months after we saw Apple release their iPad, everyone wants to be in the tablet business. The market has also started to get a little confusing on what is a smartphone or tablet device, with both of these gadgets getting 3G capabilities, the line is blurring.

Internet sites, blogs, and social channels are alive today with rumors of the Apple iPad 2 being in production, and while this is good news, it was expected. Now the focus will be on features, and what Apple will include in their second-generation iPad?

We have already looked at the rumored features, and compared them to the current iPad, although not all these rumored features could be seen as “crucial functionality”. The Apple iPad in 2011 will need specific features, which are crucial for the new generation of people, devices, and needs of those users.

Just what are these crucial features? This depends on both the user, and what they need to-do on a daily basis with the iPad. Cameras are becoming more important in our technology, but with high definition cameras come the need for improved displays, and so these are two features that would be welcomed on the new iPad.

The two iPad 2 specs I feel are “Crucial” for improved daily functionality include: An iPad USB port, which could add both additional storage and other charging/expansion properties. Apple has always been good at getting their products to talk to each other, this goes for their networking products and gadgets, but expansion has always been something Apple has not included as standard. Yes you can connect via WiFi with app enhancements, but what about some storage expansion Apple?

Our world loves to consume juice, and that’s not the fresh fruit kind. We’re a power hungry planet with a need to power our toys, which is not ideal for Mother Nature or our planet, but it’s a fact. So having more battery life is crucial with the next generation of gadgets, which includes the Apple iPad 2. 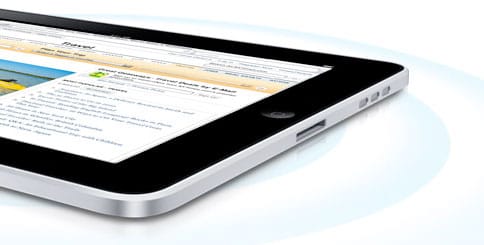 Do you wonder if your battery will last to the end of today? This goes for phones, tablets and laptops. The new generation of gadgets must have great battery life, if they wish to be great portable devices, but with all the extra features that consumer “juice”, getting a balance is not that simple.

This will be a difficult balancing act for Apple and the iPad 2, one that will not please all buyers. The price will also have to be right for the majority of buyers, which can also affect features.