Along with the launch of the iPhone 4S, the highly anticipated iOS 5 has also been made available. It brings a software refurbishment to the Apple devices, including new features such as iMessenger and iCloud. When the iCloud was first introduced at the Apple event back in June, many were left disappointed that it would not feature movie steaming when it launched, but now it seems the company is to add the feature to their service after all.

When the rumor mill for the iCloud first began turning it was thought that TV and movie streaming would have been a certainty, then it was suggested that Apple were still in talks with major labels and the deals just would not be ready in time. Now news from the Wall Street Journal has confirmed that the company is currently in talks with Hollywood studios, hoping to get the license to stream movies through iCloud.

Major movie studios are currently part of a service called Ultraviolet. This service allows people who buy movies Blu-ray or DVD to also have a streaming copy. The aim of this service is to deter people from pirating and reformatting copies of their own to play on their mobile devices. Apple is currently not part of the scheme, some industry pundits suggesting the company may be developing a similar service of their own. Others believe that the company may yet allow their users access the Ultraviolet content through an App, giving customers the chance to stream exclusives iTunes content that doesn’t make it to Ultraviolet if they choose.

iCloud will find itself up against tough competition should the company enter the movie streaming market such as Lovefilm and Blockbuster, but if they are able to develop their service so a single purchase could be compatible with all iDevices, they are sure to have a lot of success. Would you use the iCloud to stream movies on your device? 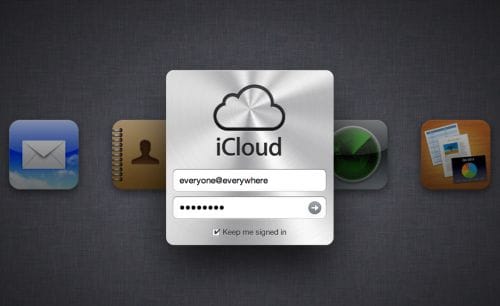