There is just under 10 hours to go before the start of Apple’s Special Event, which is due to begin today, September 7, 2016 at
10 a.m. PDT. We know that most of today’s event will be focused on the new iPhone 7, although there are a few other products expected to launch as well.

Before we offer a small recap of what other Apple products should be announced today we thought we would give you a heads-up of the worldwide start times for today’s Apple event, so that way you can make certain you will not miss any of the coverage. 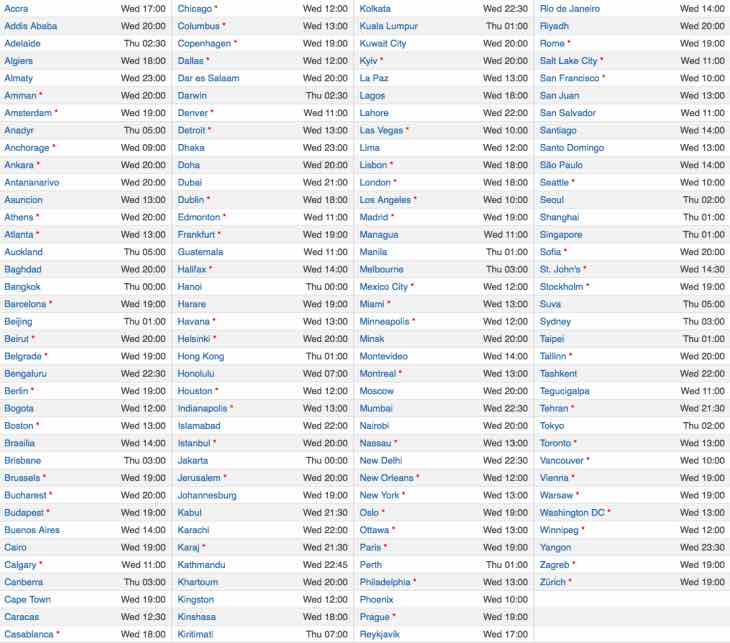 You will see the image above that gives you those exact start times for your country, so if you live in the UK, China, India, Germany, Spain, Italy, or Australia, then we have you covered. The times also show key places in certain countries, such as LA, New York, Sydney, London, etc.

In terms of the best place for the Apple Special Event live stream, then we would suggest going to Apple’s website, as this would be the best place for coverage. There are other websites out there that will give you their take on things, so if you prefer that, then the likes of Engadget, TechRadar or CNET are all great options.

As for other products that Apple is expected to launch today, we suspect that we will see an Apple Watch 2 on stage later, along with AirPods (their new wireless headphones), a new MacBook Air refresh and also the exact release times for iOS 10 and macOS Sierra.

What are your expectations from today’s event?