The Apple event UK start time today might take a few of our readers by surprise on March 21st, 2016. While we see the regular 10AM PDT listing on the invitation sent to media, it’s also true that clocks have changed in the United States but they haven’t yet moved forward in the UK.

This means you won’t see the Apple TV or online live video event stream start at the normal 6PM UK time, but rather at 5PM. Again, as we mentioned above we are sure some fans will get caught out and start watching late today. 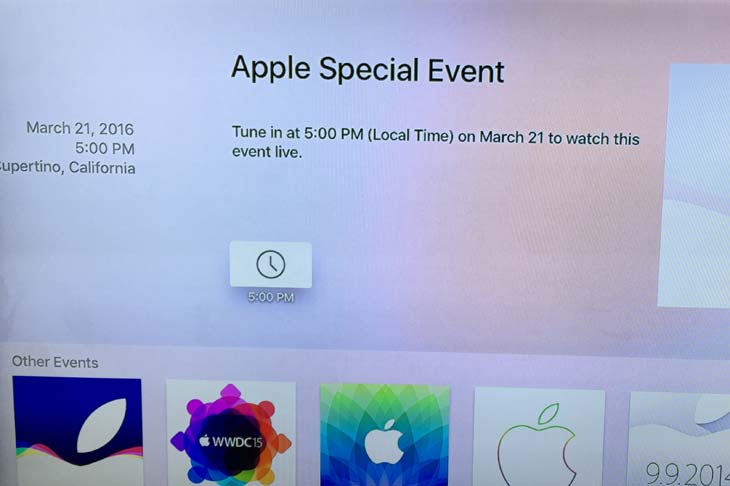 It’s also worth noting the screenshots we’ve taken and featured in this article are on the new Apple TV, so remember to download the Apple events app to watch live on the big screen. On older Apple TVs the app is included automatically, but the latest generation needs an app download. It lists clearly 5PM local time, as you can see for London and across the United Kingdom.

You can also read a round up of the latest iPhone SE rumours and bargain price woes in earlier articles. Did you know the Apple March 2016 event start time would be 5PM in the UK today, before you saw this article?