The Apple Developer login is currently down for maintenance on June 8, 2015. This maintenance is obviously in preparation for the OS X 10.11 developer preview and iOS 9 beta 1, which are expected to release to developers later today at this presumed time.

There’s been rumors for weeks in regards to what Apple will unveil at their annual Worldwide Developer Conference, although it has officially been confirmed to include a preview of iOS 9 and OS X 10.11. Tradition points to beta versions releasing to devs as well today, so these are the things we can almost guarantee to happen within the next 12 hours. 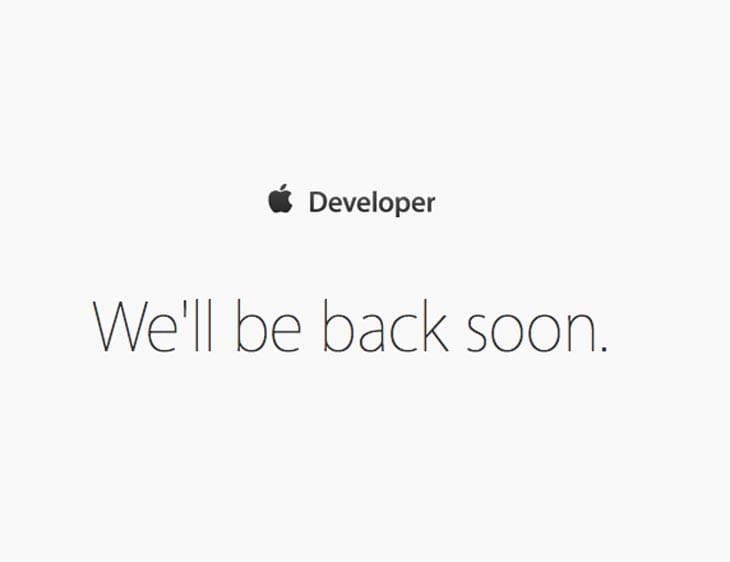 You can see a screenshot above we took moments ago that displayed when logging into the Apple developer portal. The maintenance reveals work has started to upload and ready developers for beta versions, although there’s hope for Apple’s public store to go down later on for the new 4th generation TV box to launch. This is rumored only at this time, but expected to be unveiled today and a release date between June 8 to 22. Again, this isn’t confirmed like the iOS 9 and OS X 10.11 preview.

Will you be watching the WWDC event live and if so, are you planning on purchasing the expected new Apple TV?