It doesn’t look like the Apple Continuity is working like it should within the Mac OS X 10.10 preview and iOS 8 on iPad or iPhone. We’ve been with our developer today while they test out OS X Yosemite and the beta of iOS 8, although they had some real problems getting the Handoff feature to work.

Users having been crying out for an iOS 7 AirDrop to Mac ability for months, and Apple delivered during their keynote event and took the request much further as well.

Within the beta software you should be able to connect iPhone, iPad, and Mac like “never before” and Apple explained it would just happen without “any configuration needed”. This hasn’t been true in our tests, although it isn’t exactly clear why that is or if the new feature is even meant to fully work from iOS 8 beta 1 and Mac OS X 10.10 preview 1. 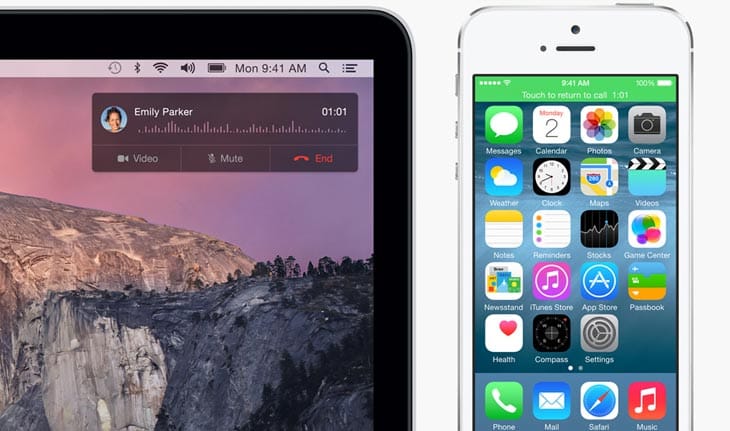 We watched for over 2 hours today, while our developer couldn’t manage to get the OS X Yosemite to see an iPad mini or iPhone 5 running iOS 8 beta 1. The devices should show up in the Wi-Fi menu or even as an iPhone creating a Personal Hotspot when no Wi-Fi network is available. After 2 hours of trying by playing around with many Mac settings and sharing options, it seems like nothing would make the devices show up or connect to each other.

This is what he had to say, “I’ve spent a few hours reading over all the support documents within the Apple Developer Portable for both iOS 8 and OS X 10.10, although it looks like there’s some major problems with Handoff and Apple Continuity at this time. I cannot confirm if the issues are with just the iPad mini first generation and iPhone 5”.

Are you an Apple developer? If so, have you managed to get hands-on yet with OS X 10.10 and iOS 8 beta 1? We’d love to hear your thoughts on Apple Continuity and if you’ve had problems getting Handoff working or any of the other new features.

Apple’s desktop and mobile software should take advantage of both Bluetooth and Wi-Fi to create the connection. It seems like there’s a number of problems with this new features in the first iOS 8 beta and OX X 10.10 preview.

The iOS 8 beta 1 and OS X 10.10 release notes do touch on issues with Handoff and some devices, so it might be that the developers iPad mini and iPhone 5 are among the devices not working in the current betas.