Apple has finally announced its service for vehicles, which had previously been referred to as ‘iOS in the car’. Revealed now as ‘CarPlay’, iPhone owners can look forward to connecting their device to selected models, with a variety of functionality. The CarPlay update will be releasing in 2014 at some stage, with compatible vehicles arriving later this year too.

The CarPlay feature will be demonstrated by drivers of Ferrari, Volvo and Mercedes Benz this week, with many other manufacturers getting in on the act later this year. Apple’s car functionality will enable drivers to access a large range of services inside their motors, with either touch screen or by pushing the Siri button in the middle of the steering wheel.

CarPlay users will be able to access messages and have them read out, play music, navigate maps and make calls. All of the functions which Siri can do for you now, can all be completed for you inside the car hands free, so for example you can dictate text message responses out loud in a safe manner. Apple has listed the full list of manufactures in their press release. 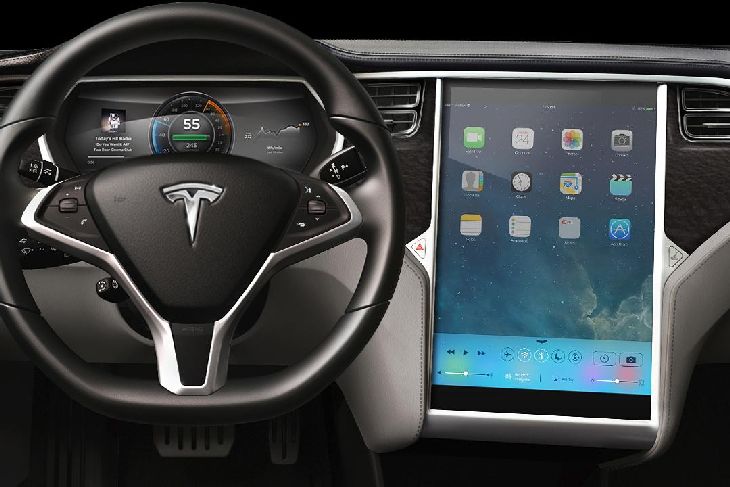 Apple has confirmed that CarPlay will be made available via an iOS 7 update, with the feature being compatible with the iPhone 5, 5S and 5C. The selected range of cars that come with CarPlay functionality will be shipping throughout 2014, hopefully we will get some more news from the manufacturers on when we can expect the first compatible vehicles to launch.

This announcement is good news as it clearly shows Apple’s interest in the auto industry. It could be that CarPlay is just the start for them and in the future they go about creating their own line of vehicles. Rumors of buying out Tesla Motors have been mentioned recently, with an electric car partnership being predicted after a meeting between the companies was confirmed.

Should Apple explore their options further with cars, or should they stick with consumer electronics as their main focus? If you are planning to buy a new vehicle with Apple’s CarPlay integrated inside then leave us a comment with your expectations for it below.