Having assumed that we might have to wait a little longer for the public release of iOS 7.1, we were surprised to see it released within the last hour or two. There are several key changes to Apple’s mobile OS, with one of them, CarPlay, targeted for drivers.

CarPlay is one of the most notable features of iOS 7.1, which as many of you will know brings iOS integration to your car. You will now be able to gain access to Siri, use maps, as well as make calls, text and also listen to your music library.

It is clear to see that Apple is trying to lure iOS users with CarPlay showcasing its convenience, but there are those who suggest that this comes at the price of safety. There are certain safety advocates who believe that Apple assumes that drivers spend all of their time on their phones. 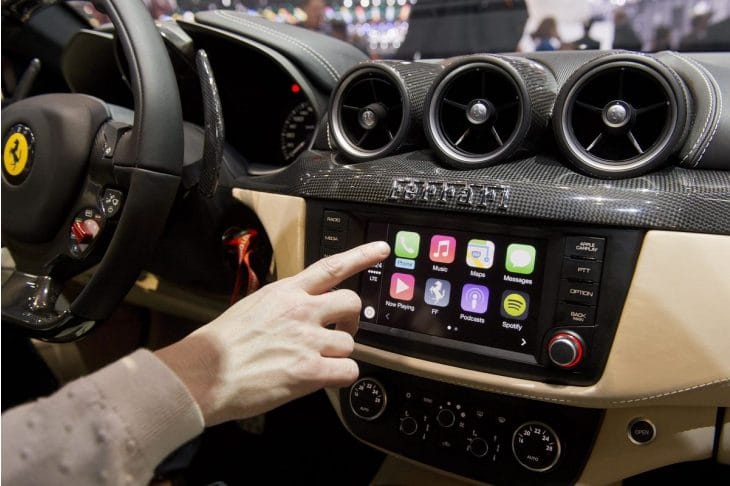 We can understand why people would be concerned about this, but there is already so much in a car that can distract a driver, and so this could be construed that these advocates are just trying to target the next victim, which just so happens to be Apple’s CarPlay.

Autoblog says that Apple issued a press release saying that the use of CarPlay makes it far safer to interact with features of the iPhone because it minimizes distraction.

At the end of the day it isn’t systems like this that causes the distraction, but rather the human element. The reason being is that you are not forced to use such systems all of the time, and when you choose to use them, you need to understand when the right moment will be.