There’s plenty of performance boosting within the new iPad thanks to Apple’s A8X chip, which takes things event further than the iPhone 6 A8 chip. This is designed to enhance the bigger display for iPads, which are used for gaming with dedicated apps for Apple’s tablet. 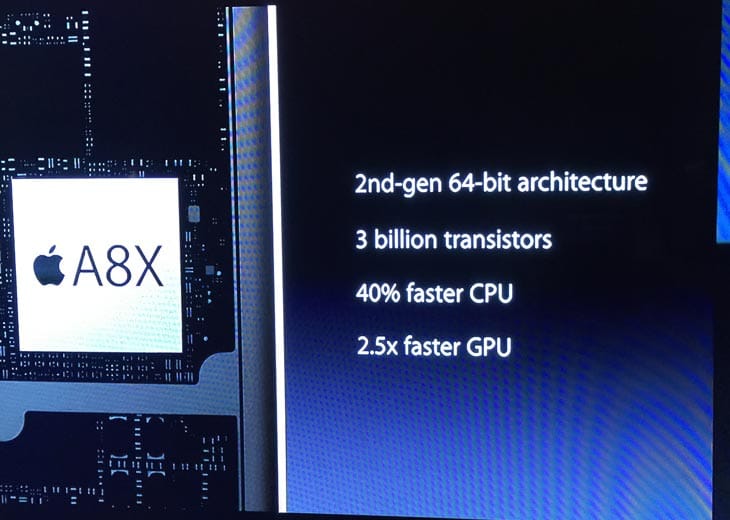 We’ve included a couple of screenshots from the event today, and these can be seen above and below. They reveal the Apple A8X graphics improvements and key features for the new chip.

The 2nd generation 64-bit architecture helps deliver a new level of performance, along with 3 billion transistors, 2.5 times faster GPU and 40 percent faster CPU, all within the new A8X chip.

Do you like the sound of Apple’s new A8X chip and do you prefer to game on iPad, rather than iPhone? It’s amazing to see what will be possible on the new iPad Air 2, and some will say this will equal previous high-end PCs from just a couple of years ago.