The official Chelsea app has not been updated in a while, although we do have a feeling that this will change once the new season begins. However, some Chelsea football fans have turned to the Chelsea News app, as they believe it is better than the official one, although that is down to personal preference.

Within the iOS app is the latest Chelsea transfer news, which will no doubt keep you posted to see if Chelsea has signed Barcelona’s Pedro. While we already know that things might not go their way because of the fact that Liverpool wants to have Pedro in their roster of players, this app will keep you informed. 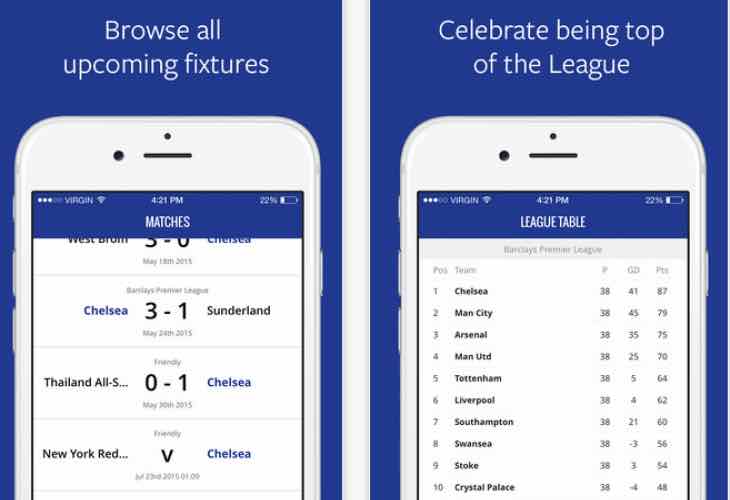 Once the new season begins you will be kept up to date with the latest Chelsea, fixtures and the score results during and after a game.

That’s not all that is good about this app, as you will not be hounded by constant notifications like many other football apps. The latest version of this app comes with several bug fixes, and new features that offer vast improvements.

However, the developers of the app are still not happy with the current version and said more improvements are coming, and if you would like a new feature added, then you can do so by letting them know via the app.