In what could be one of the most exciting movie and game crossovers to happen this year, Apex Legends players may get their wish of playing as Chappie.

Those who regularly play as Pathfinder and happen to have seen the awesome movie will know just what similarities the two robots possess.

Now Chappie Director Neill Blomkamp and Respawn’s Vince Zampella have officially touched base on Twitter and have both said that they are willing to work together on giving the fans what they want. 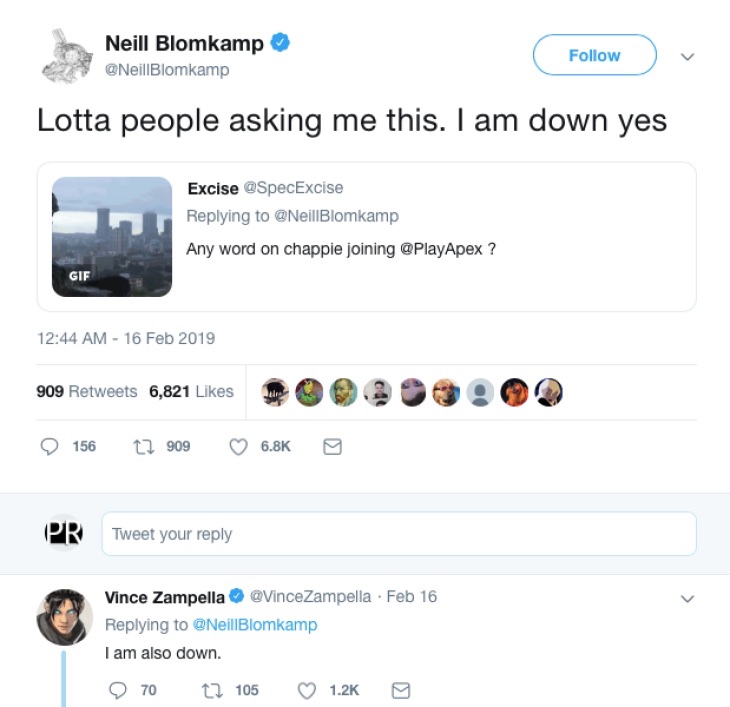 How amazing would it be to not only have Chappie in game as a skin for Pathfinder, but perhaps even as a separate new character which fans would probably prefer.

Getting Sharlto Copley on board with some voiceovers in Apex would be the icing on the cake, but the potential is definitely there to make this something special.

Let us know what you would love to see if you love Chappie and Pathfinder.