It looks like there has been a sudden AOL Mail outage on February 8, or Chinese New Year for many. At the time of writing, AOL Main is down in the US and UK with users seeing a constant service error message.

If you were wondering why you can’t sign into AOL Mail today, it looks like the entire Mail service has been hit. The exact error which you could be seeing is an AOL Mail “Service Error”, which states that “There was a problem handling your request. An unspecified error has occurred.”

Confirmation of users suffering from AOL Mail not working properly on February 8 can be seen in the image we’ve supplied below showing live activity on Twitter. 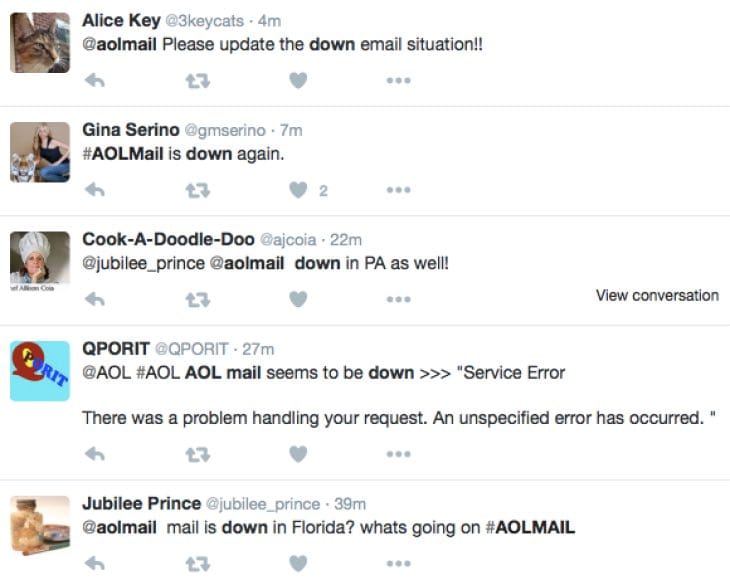 The good news at least is that the AOL Main team has already acknowledged the outage on February 8 and have said that they are now trying to fix the problems as a first priority. 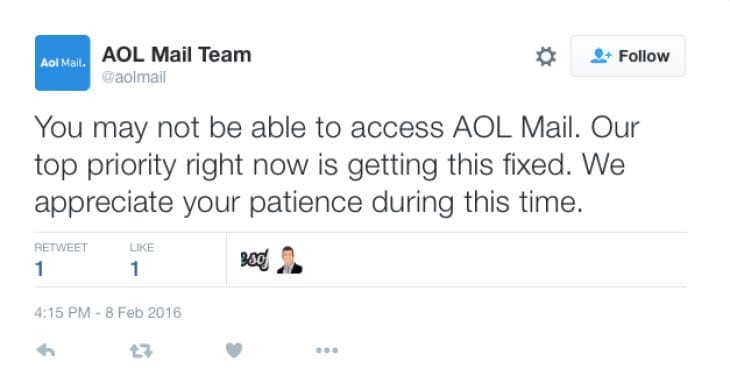 We’ve digged out the following official status update from the company, so hopefully the outage won’t last long with the team already handling the situation.

Is AOL Mail down for you right now in your area? We’ll keep you updated once we hear more.

Update: Some more details on the specific types of errors that some users are seeing. One of the culprits seems to be “GAH! DEFAULT Report ID: webprd-m88-20160208-160109” – anyone of you getting this right now?