There has been some serious launch problems for PS4 buyers of Anthem and now it looks like EA are finally taking the steps into launching an official investigation into what is actually happening.

For those who haven’t been following the developments over at Reddit, Anthem is causing some PS4 consoles to shut down with the word ‘bricking’ also being thrown around by some users.

There has been confirmation of Sony customer service even issuing refunds over the complaints but now EA has issued the following statement on Twitter, asking users to now share their crash reports. 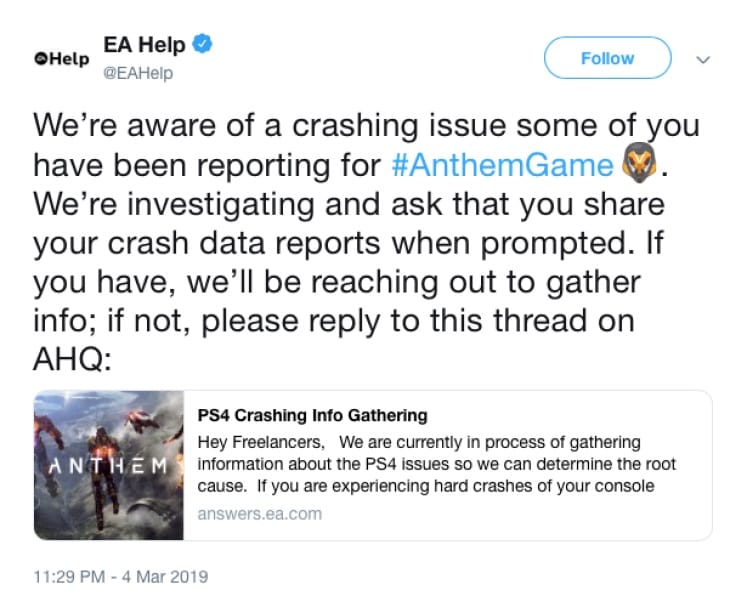 For those who have experienced seeing their PS4 console shut down when playing Anthem, EA now advises users to follow this link and send some information to them on the details regarding the crash.

Hopefully this will lead to a patch as soon as possible, as right now it really doesn’t look good and with a lot of unhappy gamers out there.

Have you been having problems with the PS4 version of Anthem since launch?