If you were on the look out for a new tablet, then you could not have chosen a better time, as Microsoft has decided to offer yet another Surface Pro 3 price drop. While this is great news for those looking to save a few dollars, there is something else to consider; this could be a hint that the 4th-generation model could be announced in the near future.

While most recent rumors would suggest the Surface Pro 4 released date will be this summer, we are not too far away, and so Microsoft will be looking to offload stock if they have over produced, or if sales have slowed enough to cause a backup of stock. 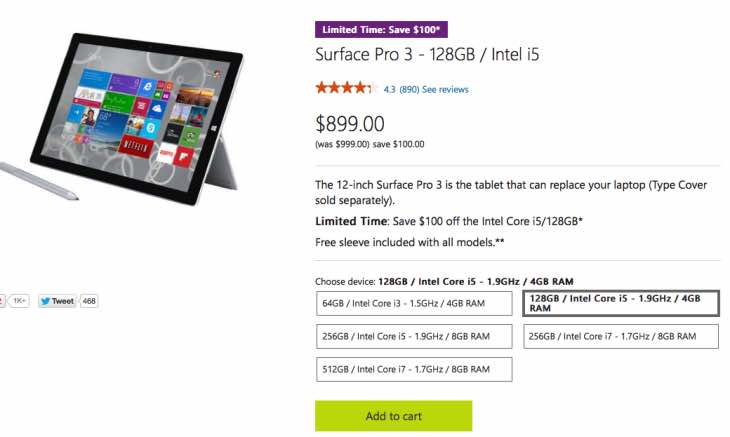 According to the Microsoft US Store, this promotion ends on April 27, which is next Monday.