When the announcement was made that the hugely popular Zombies Mode would be returning for Call of Duty: Black Ops, you could just imagine the smiles on fans’ faces. We’ve brought you a few articles on the Zombie Mode since the game was released, including a survival guide and a walkthrough.

However, we’ve just discovered yet another handy COD: Black Ops zombie guide, thanks to a recent review from Zawad Iftikhar over at segmentnext.com. Although many of you are probably quite experienced at surviving the zombie mode, others like me may need a helping hand.

The first thing to remember is not to waste your money too early on in the game, as it does get a lot harder after round 10 so it’s wise to save a little. The numerous vending machines found throughout the game come in really handy too, offering perks such as Quick Revive and Speed Cola. 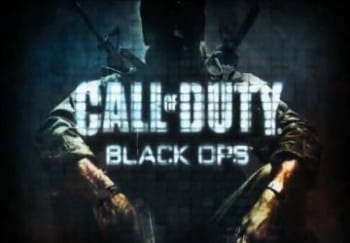 You can even upgrade your weapon via the Pack-a-Punch machine, but it unfortunately takes $5000 to do so. The Mystery Box is also a good way to change weapons, but you might not get what you hoped for. The weapons found within the Mystery Box includes the AUG, RPK, Cymbal Monkey and G11.

It might also be worth noting what changes are made to your weapons when you upgrade them via the Pack-a-Punch machine. For example, if you upgrade the M14 to the Mnesia it provides increased damage and large magazine, which will unfortunately take longer to reload.

In this instance, Speed Cola is a good idea. The MP40 gets upgraded to The Afterburner, giving you increased damage and a larger magazine. Now I know some of you are going to say you know all this already, but it does come in rather handy for zombie mode newcomers like me.

You can read more of this guide by visiting segmentnext.com. Have you missed anything on previous walkthroughs and guides? Do you have any tips of your own?