The Anime Pregnancy test meme is a new craze trending around the world, although in English this might translate to pregnancy announcement in Photoshop. In a nutshell, some creative anime fans took to Photoshop and photoshopped the likes of Kurumi and Sanae showing pregnancy test results.

Strangely enough, this trend hasn’t stopped at anime ladies, but the majority of tweets we have seen land on Twitter showcasing the latest Anime teen Pregnancy test meme are for ladies. Those of you that enjoy manga more might want to change the pregnancy test and hands to black and white. 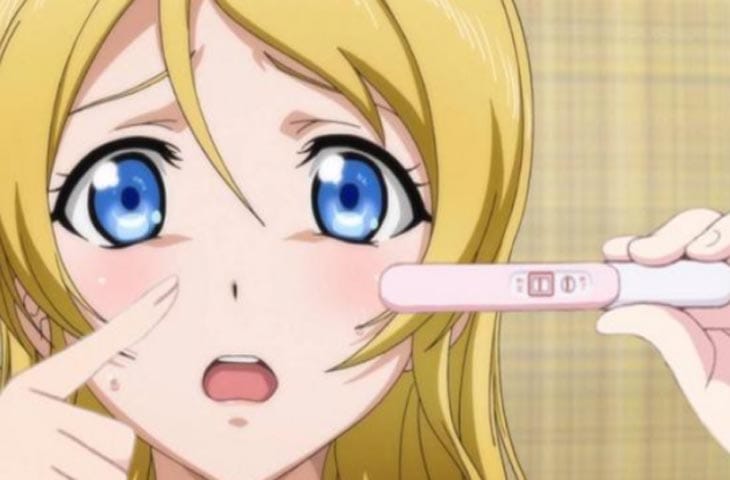 These retouched pictures can be seen in a few tweets further down this page. You won’t need a lot of skill to perform the changes in Photoshop, but in most cases it starts with the hands and pregnancy test image below that reveals positive.

Once you have the picture above, it’s then easy to open Photoshop with an anime picture that has facial expressions looking like they’ve just found out they’re pregnant. It’s now a simple process of using an overlay, which puts the hands and pregnancy test result over your anime character.

Not all of the anime women are shy and teens, some are older and more tough. These characters look a little less hysterical holding their result after you’ve finished with them in Photoshop. This is clearly seen in the tweets below.

Have you joined the latest craze and created your anime pregnancy test meme yet? There are other programmes that allow you to overlay an image, so you don’t need to use the more expensive Photoshop.