BlackBerry smartphone owners may not have the ability to play the hugely popular Angry Birds game like other mobile platform users, but it looks like they could have the next best thing to it. Smarter Apps has just released a brand new Angry Birds knock-off, which they have entitled Angry Farm!!

As Simon over on the intomobile.com website reports, the Angry Farm game — which is now available to download for $4.99 via BlackBerry App World — has players slinging various farm animals at unsteady buildings, in an effort to get them to collapse on top of the victims inside.

Each animal behaves in a different way when flung through the air, so players have to aim appropriately depending on which animal they’re slinging. According to the appworld.blackberry.com website, the “Angry” animals include a goat, a hen, a pig and a cow. 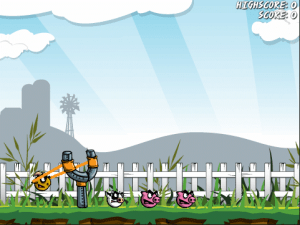 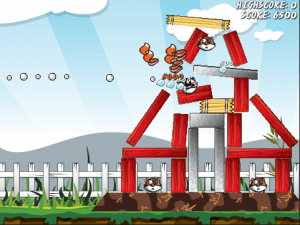 You can view a trailer for the new app below this post. Do you own a BlackBerry smartphone? If you do, will you be downloading the Angry Farm game?