If you love the Angry Birds franchise, you are going to want to know that a new Angry Birds game for iPhone and Android has just launched hours ago.

Angry Birds Stella Pop for iPhone and Android is now available globally, after developers Rovio Games launched an ‘soft’ iOS version in Canada at the end of 2014.

Now it’s available for the masses though and you can grab it from the App Store and the Google Play Store right now for free.

Stella Pop is Rovio’s take on the bubble shooter genre, or bust-a-move type of game if you want to go further back to the Puzzle Bobble heyday in the 90s. 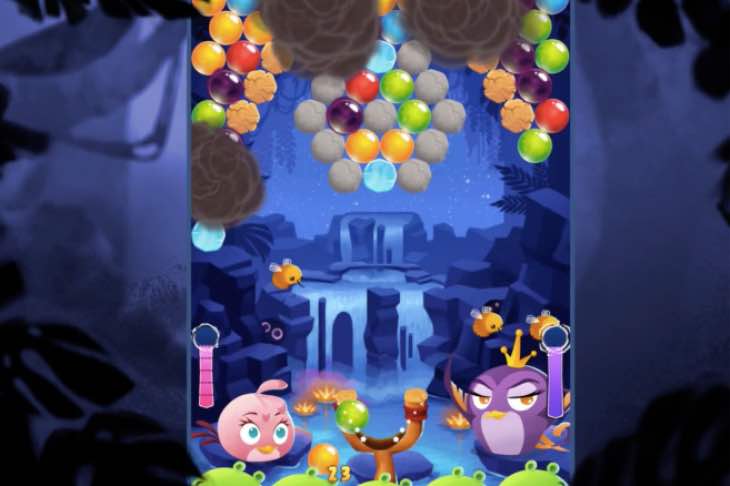 For those that have already been playing since December, you’ll notice that the Angry Birds Stella Pop 1.0.2 update is available – which essentially unlocks the game for everyone else playing on iOS.

Furthermore, you can also play the game on mobile and transfer your progress across to tablet for a cross-platform experience which is nice little touch from Rovio.

As always, the game is attached to lives, so we doubt it won’t be long before players scour the internet on the search for Angry Birds Stella Pop unlimited lives and coins – good luck finding that though.

Check out some preview gameplay and let us know if you plan to download this to your device. Do you still have a lot of love left for Angry Birds, or do you think the birds have taken flight one too many times?