Angry Birds Seasons received a new update yesterday with a Christmas theme to it and you will be kept busy for hours with the 25 new levels. The latest episode is called On Finn Ice, as we are off for a winter in Finland, which just so happens to be where Father Christmas lives.

Players will be heading north for this festive themed update to Angry Birds Seasons and you get to meet some new characters, such as Tony, who is Terrence’s Finnish cousin.

Tony is a playable character and you will need to get to grips with playing on a slippery surface, which will make things much tougher for continuing to the next level. 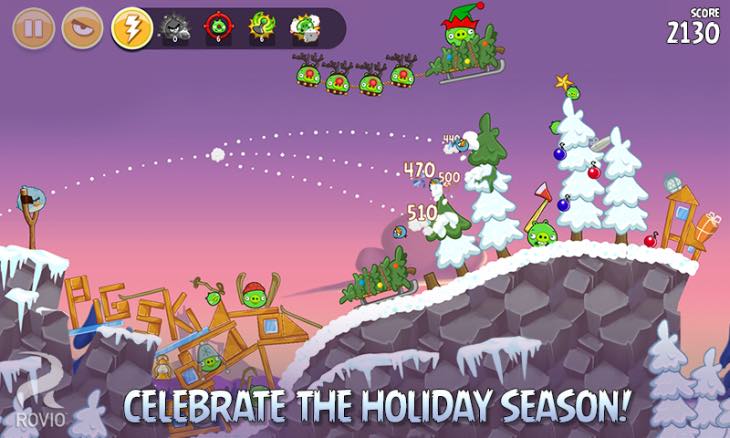 We have heard from a few of our readers that say while there are 25 new levels, they are not available to you all at once, and so have to wait until they are available for you to play. However, you can pay an extra fee so you do not have to wait.

That is not the only issue, as other Product-reviews readers have said while they were able to download past levels of the game via The Cloud, they would often freeze and so makes playing them very tough. Those able to play past levels have found all their past progress has been deleted.

Have you had any such issues since updating Angry Birds Seasons 4.3.1 on iOS and 4.3.2 on Android?