Rovio Mobile’s Angry Bird franchise appears to be growing bigger by the day. Not only have we seen a Christmas edition of the popular and addictive puzzle game, but we’ve also heard about a Valentine’s Edition and now a movie-tie in game called Angry Birds Rio.

According to a recent article by Garrett Hartman over at ripten.com, the Angry Birds Rio game is part of a partnership between Finland-based Rovio Mobile and Twentieth Century Fox. The upcoming title sees the original Angry Birds being “birdnapped” and taken to Rio de Janeiro.

After they finally manage to escape, they set out to try and save their friends Jewel and Blu — two rare macaws who just happen to be the stars of Fox’s upcoming computer-animated movie “Rio.” There may not be any pigs or eggs to fight over in Angry Birds Rio, but there will be 45 new levels. 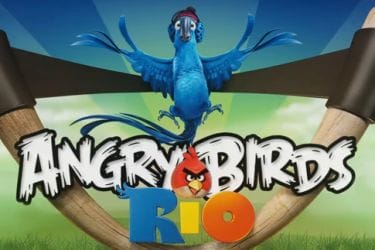 As Paul Suarez from pcworld.com noted, the deal will no doubt work out well for both Twentieth Century Fox and Rovio, with the game benefiting from being tied into all the movie marketing — such as posters, the movie’s website and TV spots — and the film benefiting from the game’s success.

You can view a trailer of the upcoming Angry Birds Rio game — which is due to arrive in March — below this post. The Rio movie on the other hand is said to be opening in theaters on April 15th.