If you are a fan of Angry Birds we have some great news for you, a new variant of the game should hit iOS, Android and Symbian-based devices soon, apparently this game is inspired by the upcoming movie Rio, you can find out more about this animated movie here.

Rovio worked with 20th Century Fox and have come up with a game which includes characters from the movie, the game should hit the App Store, Android Market and Symbian touchscreen devices in March, ahead of the film’s April release. 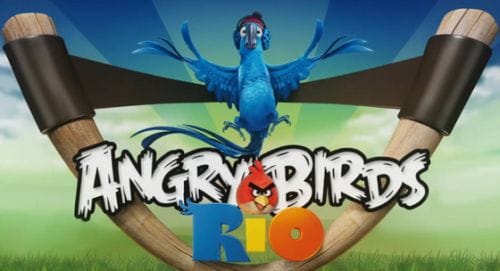 If you scroll down to the end of this post you can watch the official Angry Birds Rio trailer, I’m sure that this game will prove to be popular, however I doubt it will surpass the 50 million + downloads that “Angry Birds” has received.

So far we have not heard whether the game will be coming to Windows Phone 7 devices, therefore we will have to keep you posted as we find out more.

Will you buy Angry Birds Rio?