Back in November we revealed that Angry Birds would be coming to the Xbox 360, PS3 and Nintendo Wii following its huge success on the Android Market and App Store, now we can reveal that it will be hitting the PSP this week as one of the PSP mini titles. 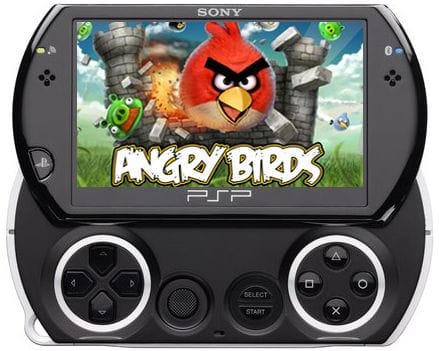 Since the release of PS3 firmware update 3.15 gamers have been able to play the PSP minis on their PS3, however I wouldn’t be too surprised if we see a fully-fledged PS3 version released in the future, perhaps when an Xbox 360 version becomes available.

The PSP mini release consists of 63 levels, however it is thought that Rovio will push out similar add-on levels to what we have seen with the smartphone versions, at the moment we do not know how much Angry Birds for the PSP will cost, therefore we will have to keep you posted as we find out more.

With no touchscreen controls it will be interesting to see how enjoyable the Angry Birds experience is on the PSP, I’m sure it will be just as fun and easy to play and will pave the way for the Xbox 360 and Wii versions of the game.

Will you buy Angry Birds for the PSP?