Four days ago Rovio quielty released an update to its Angry Birds Epic iOS app, and with it brought a number of new features and improvements. However, the iPod touch 4th generation is still not supported, which will not go down well with those of you who still have the previous-gen touch. So what does Angry Birds Epic version 1.1.0 have to offer?

Rovio says these updates goes with the title of the gaming app, and that is epic. There are now new Events, Mastery and also Rewards. While this is all great news to have such new features, it still does not get around the fact that this app becomes repetitive after a while, and it still takes far too long to load up for some users. 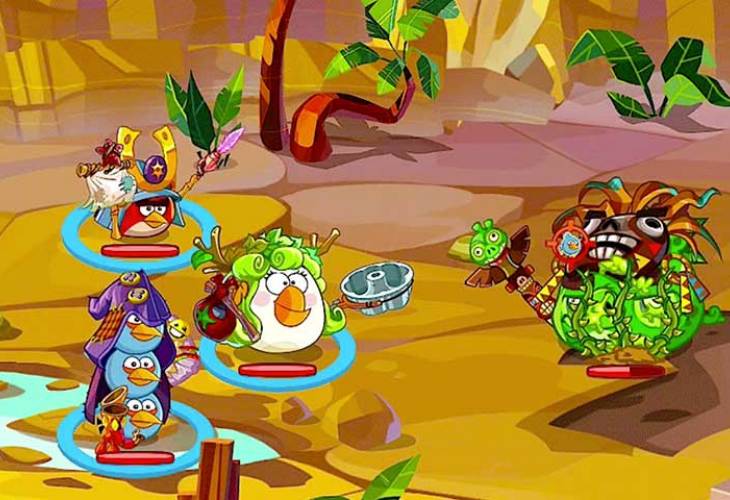 Going back to those new features, there are now new timed invasions on Piggy island, so your aim is to become the champion on the leaderboard. By earning mastery points in events and battles you will be able to strengthen your birds classes.

Finally, if you collect stars on the world map you will then be able to claim birdtastic rewards, although Rovio has not elaborated what those are.

Going back to one of those issues above, the developer needs to fix the hanging, as users have started to lose stamina drinks and chances with friends birds, which must become very annoying after a while.

Have you had any issues since updating Angry Birds Epic to version 1.1.0?