Rovio teased their new medieval themed creation earlier this week which has now been announced as Angry Birds Epic. The first details on this new mobile adventure have been revealed and it looks like Angry Birds Epic will introduce a new role playing action theme to the already huge franchise.

Whilst major details on Angry Birds Epic are still lacking, we do know that the game will feature a turn based system. Based on some screenshots we have seen so far it looks like this new Angry Birds game has taken inspiration from fantasy epics like World of Warcraft. The birds have different classes such as knight and mage, the green pigs have been styled like orcs and warlocks which puts a really fun edge on the game.

Kotaku reports that players will be able to level up their birds and craft new weapons, with upgrades earned for winning battles. Angry Birds Epic looks like nothing we have seen from the franchise before with health bars and physical weapons being equipped with the various characters. 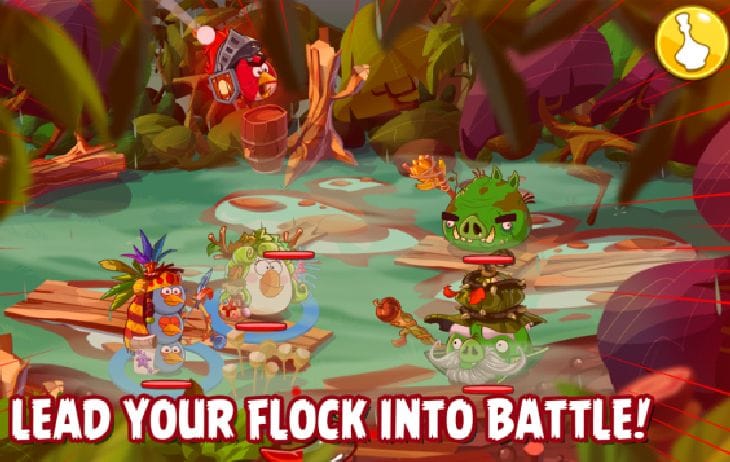 It appears that this big adventure will be set on “fantasy Piggy island” with new types of bird versus pig combat set to be introduced. Angry Birds Epic will be soft launching in Australia and Canada this week, afterwards Rovio will continue launching to new countries.

A driven story campaign is also expected with this new title, something which has not been fully focused on before. Once the soft launches have concluded the full version of Angry Birds Epic will be released later this year on iOS, Android and Windows Phone 8.

Do you like the look of Angry Birds Epic, are you excited to see the game mixed with fantasy and magic?