The “Angry Birds” game is no doubt one of the most addictive games that anyone can ever play on the Apple iPhone and Android smartphones, and has definitely proved to be a huge success since it was first released. It won’t be too long until we can start playing it on our consoles either.

In fact, it’s becoming such a popular game that the developer — Rovio Mobile Ltd. — even brought out a Halloween Edition of “Angry Birds.” However, it might have been rather disappointing for Android owners, as the download was only made available for the iOS.

Now it appears that another special edition of “Angry Birds” is on its way, and I bet you can guess exactly what the theme will be — Christmas. According to Tom Pakinkis over at computerandvideogames.com, a new screenshot has now been released for the upcoming “Christmas Edition.” 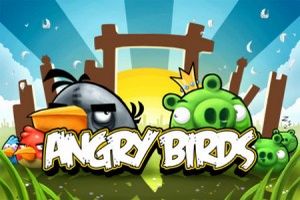 The picture shows the green pigs in a winter wonderland, waiting for an attack from the “Angry Birds.” As you can most probably guess, the “Angry Birds Christmas Edition” will be available to download sometime in December, we just don’t know exactly when. Will you be downloading the Xmas Edition?