Since Angry Birds was first released across Apple devices in 2009, it has sold over 12 million copies. It was therefore no surprise that the company decided to design more versions of the game, compatible with other smartphone devices.

Now we have some exciting news to bring you with confirmation that Angry Birds will be coming to Nintendo’s Wii console and the 3DS in 2011. The news follows after an announcement from the game’s developers Rovio Mobile, was made on Twitter suggesting that the game will most certainly be released later this year.

Games Pundit report that a previous announcement from the developers about Angry Birds launch on the Nintendo devices came last year in June, but we had heard nothing since. Read their full article here. 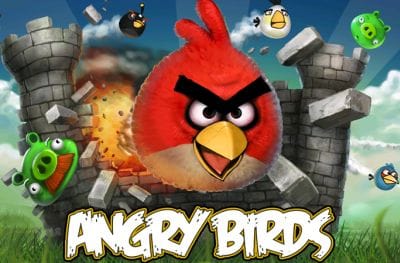 With news of a board game being produced and the more recent Valentines Edition of the game due out this month, 2011 already sees Angry Birds success reach new limits. Even talks of an Angry Birds movie being created. What else lies in store for them in 2011?

Will you be purchasing the Wii and 3DS versions of Angry Birds? What are your thoughts on this news?