We seem to have heard quite a bit of news regarding Rovio Mobile’s popular Angry Birds game over the past few weeks. First we brought you news about a Valentine’s Day edition (which is of course arriving next week), then Rovio announced its plans for a movie tie-in game called Angry Birds Rio.

If that wasn’t enough for all you Angry Birds fans out there, we now have news of an update. According to a recent article by Anton D. Nagy over at pocketnow.com, Rovio Mobile has just released version 1.5.1 of the Angry Birds game for smartphones running Android 1.6 OS and later.

The new update — which is said to measure 16MB — provides users with 30 brand new levels and a special Wild West-themed episode titled “Ham ‘Em High.” The updated version also features a graphics toggle, which people can use just in case they own a lower-end smartphone. 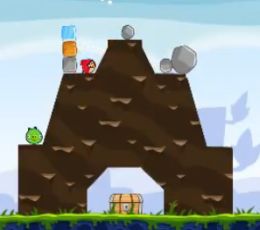 Don’t worry if you own an Apple iPhone, as the iOS version has also received the update. However, the updated iOS version only provides users with 15 new levels, plus a brand new Golden Egg. Fans watching the Rio movie commercial during today’s Super Bowl will also find a hint to help unlock a special level. 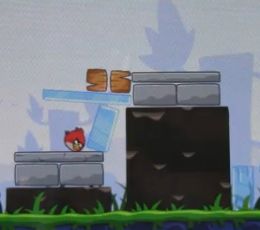 The Angry Birds news doesn’t appear to have stopped at the update either, as we’ve just heard that the game is making its way to yet another console. As Andy Goergen over at nintendoworldreport.com recently noted, Rovio has just confirmed on Twitter that Angry Birds will be heading to Nintendo 3DS.