Motorola Mobility has seen a drop in stock, a direct result of the upcoming Verizon iPhone 4, but it’s not just the phone maker who is feeling the pain. Big Red has also seen a decrease in handset sales due to the impending arrival of Apple’s smartphone to the network. However, there is still a light at the end of the tunnel.

Business Week reports that Verizon sells more Motorola handsets than any other carrier, which must have something to do with their popular Droid range. That partnership will continue to grow, WSJ explains that the carrier and Moto will release more Droid devices, and the upcoming Xoom tablet will only help strengthen themselves. However, they could still come under threat from the iPad 2, which could be released in April.

Other devices that will launch will be the Droid Bionic and the Atrix 4G, which as we know can transform itself into a kind of a smartbook. The plus side that the Atrix 4G has is its LTE technology (on AT&T), something that the iPhone does not have, and we also believe that it will not be part of the iPhone 5 either. 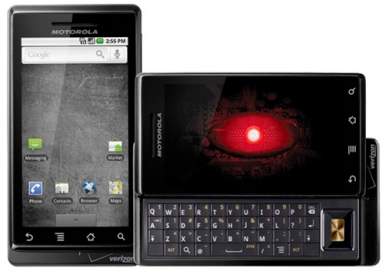 Things would have looked much better for Motorola if they had not set up the spin-off company, but that is something that will have to be lived with. To end on a positive note, Motorola hopes to ship 20-23 million smartphones and tablets by the end of 2011.

Do you think that Motorola will be able to stop the new assault from the iPhone?