Too often we look at the Android and the iPhone and get a little carried away in the moment, as do we all. There is no denying that we like to know who is doing what, and by how much they have a market share lead. Take Android, we now know that they have a share of around 48 percent of the market, with iOS only having 19 percent. However, when it comes to handsets this is a different matter, as that battle is thought out with the likes of Apple, Nokia, HTC, Motorola, Samsung and many others. Android does not have a handset, but they do supply the OS to run most of the top phones. In a way to lighten the mood we thought that we would take a look at some funny cartoons in 2011 to do with the big two.

The first cartoon that we have looks at the different things that men and women look for with a phone. These are for a typical iPhone and Android user and how she/he sees themselves, and also how they are seen by different users. The drawings are very funny, and should give you a greater insight into how others see you — just remember its all done in fun. 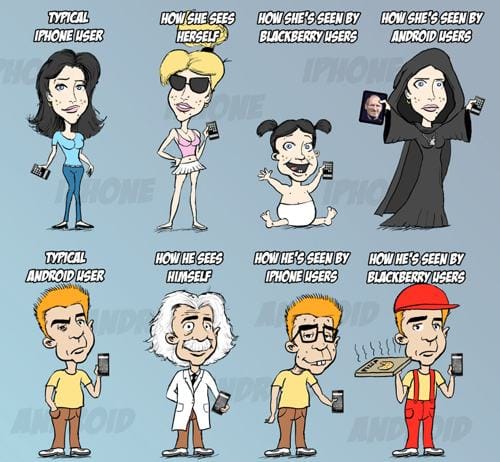 Thanks to C-Section Comics 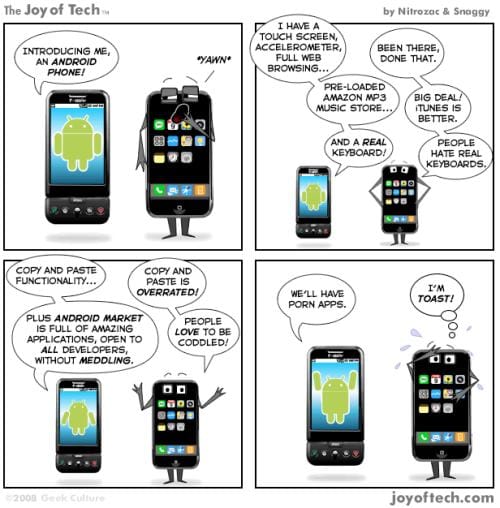 Thanks to Joy of Tech

Our third cartoon is on the side of Android, and trying to explain to iPhone users the advantages to moving over. Starts of by just ending about what cool functions the Android has, and the other guy was shocked that you did not need to jailbreak this to get them. This is because you can do everything out of the box, something that iPhone users cannot. 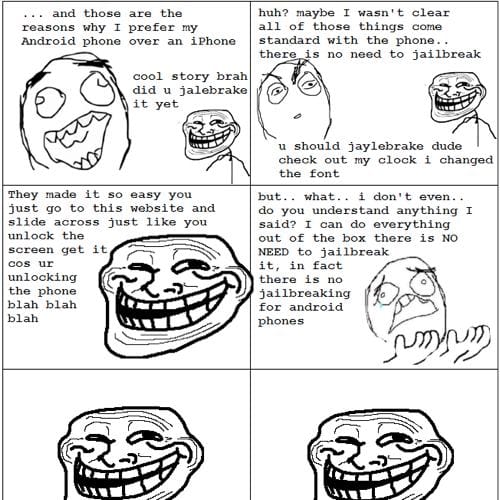 Thanks to Brain Residue

These are the only cartoons that we have managed to find, we just hope that more get made once the iPhone 5 gets released, along with the Galaxy S II and the Droid Bionic. All three handsets will go head to head, so will be interesting what some people come up with.