With the rise of wearable technology happening at a fast pace, it would appear Google has jumped on the trend. It looks as though their operating system Android is going to gain a fitness API after some interesting code became public.

Google wants to allow applications to view and edit your personal fitness data, including health, activities data and fitness tracking. The API built into Android will allow Google to store data gathered from a number of different sources to your Google account so that other parties can process it, yielding more useful information such as info-graphics and charts.

Google Operating System has reported that new sensors have been added to Android 4.4 support, which track steps and movement. This hardware so far is only available on the Nexus 5 but may be added to upcoming models, then used in conjunction with the fitness API in the OS.

You can see from the coding description that “fitness data taken from sensors on your Android device” looks very much like a moving plan. Google added more info with “reading and writing raw transformed data”; it is uncertain if this fitness API will come in the form of a new version of Android or will be released as a downloadable application from the Google Play Store. 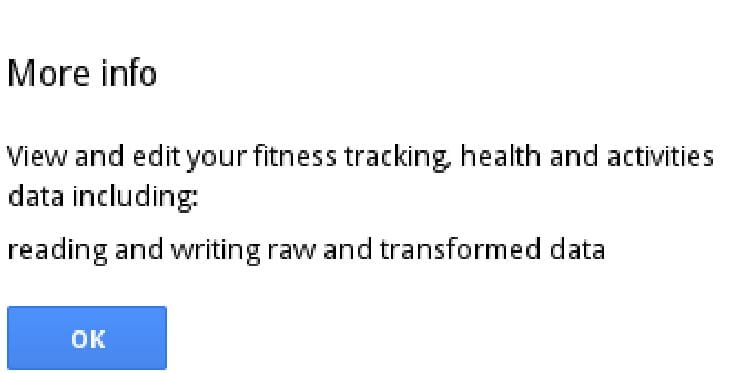 What is clear is that Google has a plan in motion to integrate fitness services with Android and the wearable tech trend. Will the majority of Android owners use the features in their devices? This is also anther good question but it is nice to see Google adding these features to their whole system rather than offering it as an extra paid option.

Let us know what you think of the fitness API that looks like coming to Android soon, would you use it to track your health and lifestyle data?