Whenever a new version of Mac OS is revealed there are always third-party software developers that always worry about compatibility, although more so from users, as they are always the last to know if their software will work with a new version.

This is just what some Android Studio users have started to worry about, because they fear that once they upgrade to Mac OS X 10.11 El Capitan from an older version, they will not longer be able to use the software. 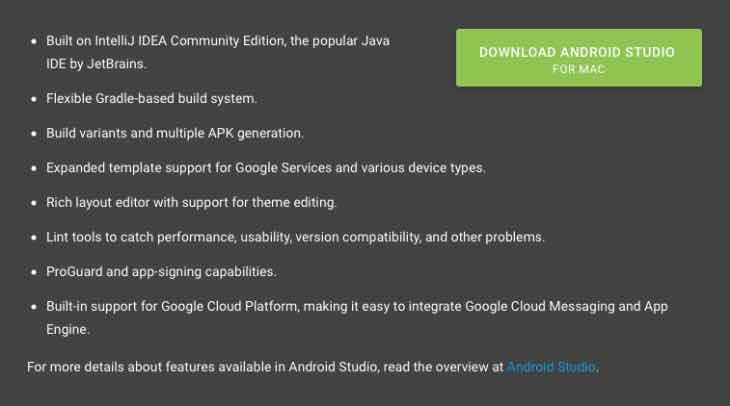 Fears warranted – as looking at the system requirements, the Android Studio download for Mac will not be able to support El Capitan. This is because the software can support any version of OS X above 10.8.5 or higher, although only up to and including Mavericks.

It’s annoying that Android Studio does not yet support Yosemite, so the chances of El Capitan support are slim to none.

For those of you that do not know, Android Studio is the official IDE for the development of Android apps. And, if you are new, then you might want to study this page, which provides an introduction on some of the main Android Studio features.