We know that there are hundreds of millions of you out there worried about the latest security vulnerabilities in Android phones and tablets, but only those with the Qualcomm chips. And while for now you are asked to be vigilant when it comes to downloading things, and so only sticking with Google Play, a fix is already in hand.

Google have said that their Android September security update will be a fix for these latest vulnerabilities, which has been given the nickname Quadrooter. The list of affected devices is a larger one, as there are many devices using this chip, such as the Galaxy S7, HTC 10, and even the Nexus 5X, 6 and 6P. 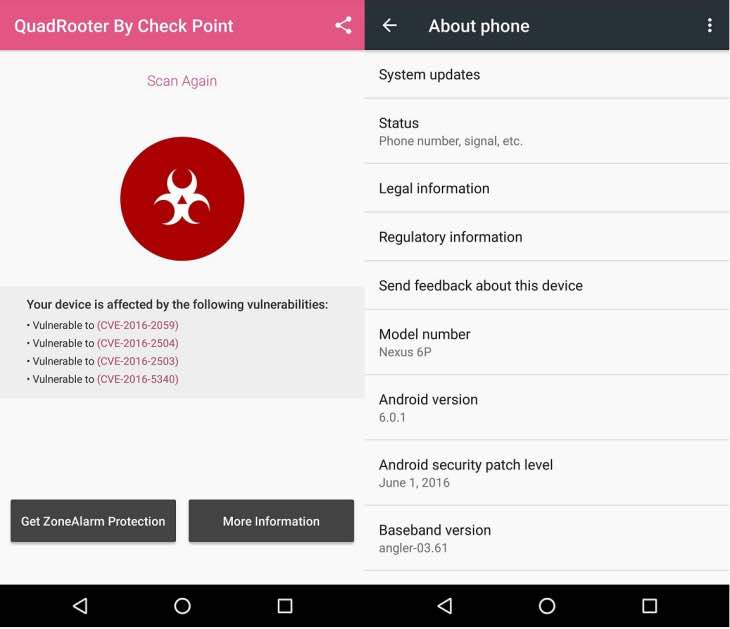 So how serious is this latest Android phone and tablet flaw? Well, an attacker can gain access to your device after tricking a user in to installing a malicious app – hence why you should only download your apps from the Google Play Store. Ok, so we know that most Android phones and tablets only allow you to download apps from the Google Play Store, but these attackers have managed to bypass this security measure, and so means users can mistakenly download these malicious apps.

If the attacker does succeed, then they will then gain root access in to your device, and so taking over your hardware, and then being able to find all of your saved data. This also means they can take control of your mic and camera. Do not think that even the safest Android phone is safe, as even the so-called most Secure Android handset, the BlackBerry DTEK50 is also vulnerable.

Remember, none of you are fully secure, so please stick to Google Play Store, and be vigilant. As for the Android September security update release date, we do not know this as yet.