There is no denying that the iPhone has always underwhelmed Android lovers when it comes to the amount of RAM being used, especially as some handsets make use of 4GB to 6GB while the iPhone 6 only has 2GB. However, the one advantage that Apple has is the fact their their handsets don’t need as much because of the way the mobile operating system is built specifically for the device, and so does not suffer from any sort of memory leak as such.

Many of us know that there is no point having a handset with such a high amount of RAM when the software is unable to utilise it all, and this has always been the issue with Android, and that’s even the case with the current version of MarshMallow.

Several Android users know that there is this memory leak, but the good news is that the Android N memory usage will address this leak. Ok, so we know there is a slim chance that Google could resolve this issue sooner with an updated version of Marshmallow, well we very much doubt this. 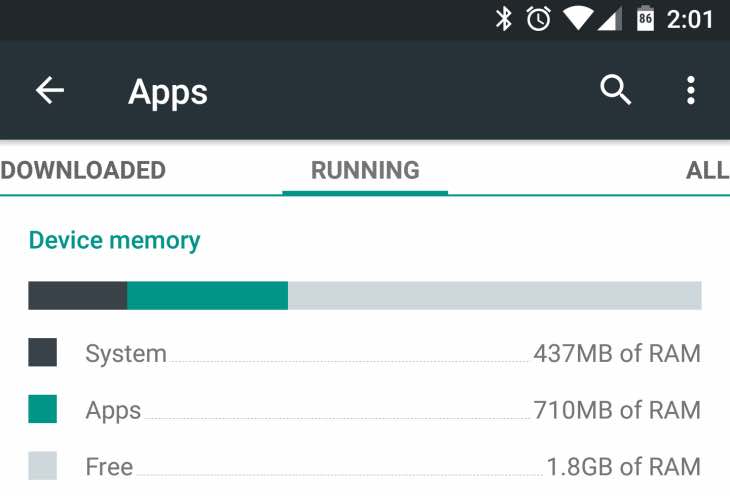 What worries us is just how long this has been an issue, as it has been the case since Lollipop, and maybe this was one of the reasons the likes of Samsung felt the need to put so much memory into some of their devices?

To give you an idea when you run a memory usage check on the current version of Android it will show up to 400B of usage right after boot, and Android Police actually found that it jumps up to almost 1GB not long after that without really doing anything else.

Do you believe that Google will finally bring an end to this memory leak issue, or is this just another empty promise?