We are building up nicely to the highly anticipated public release date of Android N which could turn out to be the Android 7.0 software update.

For those that are not aware, Google has just gone live with the Android N developer preview 2 which is now available to download here as long as you are eligible and have a supported device.

More importantly though, we wanted to show you Google’s own release time schedule for Android N, which as you can see is on track for a launch in Q3. 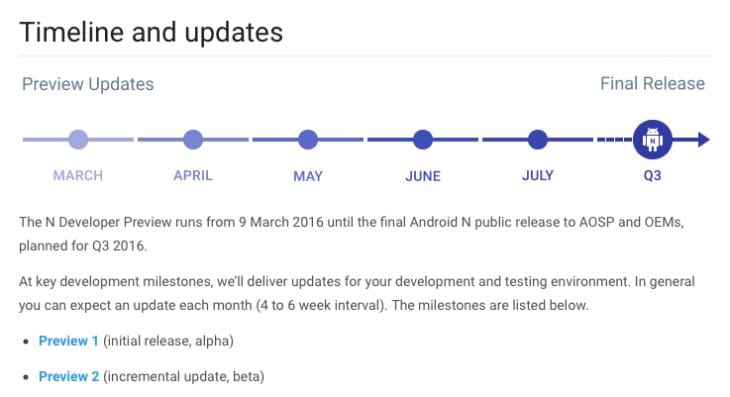 No set release date has been announced yet, but October 2016 seems to be the month which is looking most likely.

Head to the link above to get started on the Preview 2 if you want to download Android N right now. You can also report bugs officially to Google at this link.

Are you excited about Android N? Let us know what device you are using it with below and how it is performing compared to Lollipop.