For those that are eager to find out the highly anticipated Android 6.0 Marshmallow release date, it look like we may have an answer to this thanks to an upcoming event.

We’ve just been sent an invite for a Google event on September 29, in which the company states they’ll be unveiling some ‘exciting new treats’.

Given that Android Marshmallow is top of the list right now in terms of consumer expectation, a solid release date is a safe bet for one of the reveals on top of actual hardware on show.

The Nexus 5X and Nexus 6P are prime candidates in terms of hardware, but many fans especially those owning older Nexus devices want to know when Android Marshmallow will be available to download. 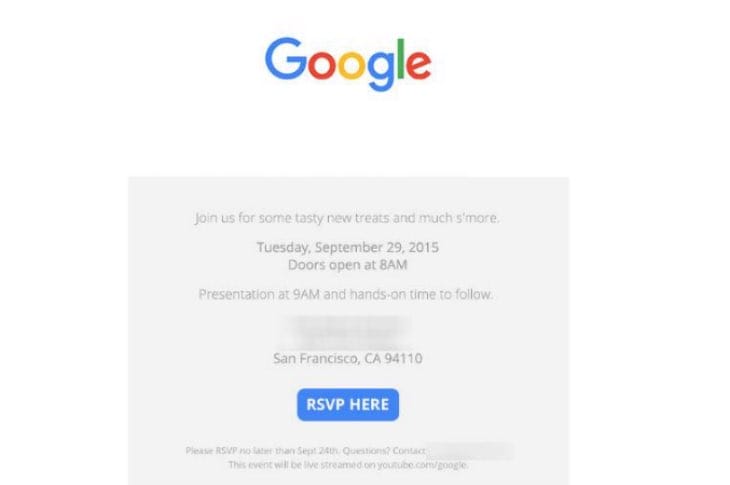 We can also see that Google UK and Google over in the US are holding simultaneous events, meaning that you really don’t want to miss it.

Are you excited about possibly getting the final launch date of Android Marshmallow at last? Give us your expectations about what you want to see at the event and what device you own in view to getting that Marshmallow update.