Google recently posted some information on how its Android operating systems are performing and has revealed that their latest version KitKat 4.4 has claimed a 1.1% market share. The latest version of the mobile OS has been available for roughly a month, so the fact that Android KitKat 4.4 features with any real adoption figure is not bad.

The most common operating system running on the majority of Android devices is Jelly Bean by far. The predecessor to KitKat features on 54.5% of tablets and smartphones across its three versions, the most popular being the 4.1.x with a 37.4% adoption. Gingerbread still has a market distribution of 24.1% whilst Ice Cream Sandwich still stands strong with an 18.6% share of the market. 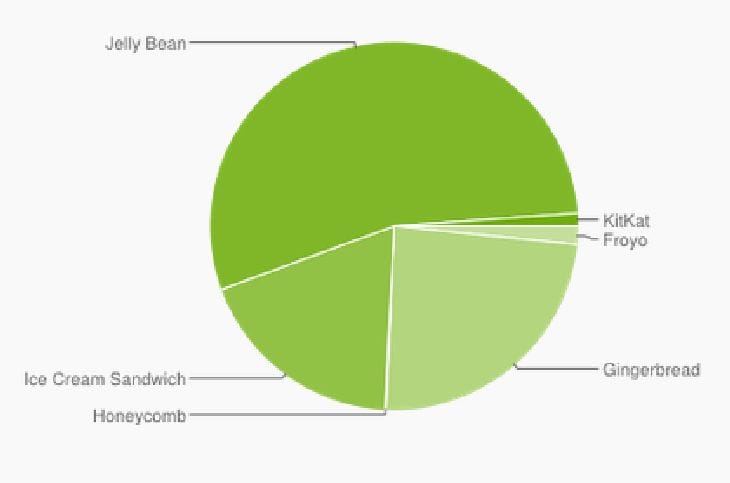 Despite its short availability time it seems that KitKat 4.4 has made a good first impression with users and we fully expect its adoption figures to increase in the coming weeks. Once more updates are rolled out to the software it should start to make more of a mark on users of Google OS tablets and phones. The Nexus 5 features KitKat 4.4 and new Android releases are likely to also adopt the latest OS.

Whilst Jelly Bean’s growth does not look like stopping this is unlikely to impact the fortunes of KitKat as both are likely to further dilute the market share of previous Android versions. It will be interesting to revisit Googles figures in 2014 to see how the market share stand then. You can see a full breakdown of the figures on the Android Dashboard.

In your opinion is Android KitKat 4.4 worth upgrading to and do you plan to?