HTC recently announced a range of new handsets due for release this year. Included in that was the Desire S which will be running Android 2.3 Gingerbread, but owners of the current Desire range will have a while to wait before they receive any Android update.

Cnet UK are reporting that the update will not arrive before the spring, but a HTC spokesman did confirm the handsets will get the update but not until the Desire S has been released. The new handset is due for release in April, and according to the spokesman updates should happen within two months of this.

It is thought the Desire HD and Desire Z will be the first to receive Gingerbread, and the best possible scenario could be sometime in June. Then it will depend on the various networks when Desire owners start receiving the update, unless you have a sim free version which normally means you get the update as soon as it released. 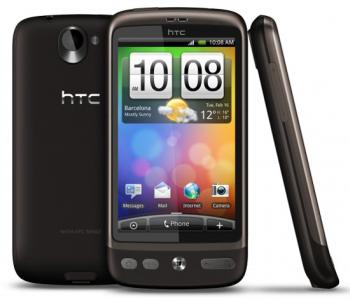 According to Mobile Magazine the Carphone Warehouse and partner Bets Buy, have an exclusive on another HTC handset the Incredible S. they will b offering a matte black version which is said to have ‘unique look and feel’. This will be the first HTC phone to have this color and will be running Android 2.2 Froyo.