While it’s still not clear how the abuse made it to Google Maps, it’s more than likely that someone used Map Maker to contribute to Google Maps. The well known Android robot peeing on Apple would have slipped past the moderation process, although Google fixed the map location pretty quickly after being notified. 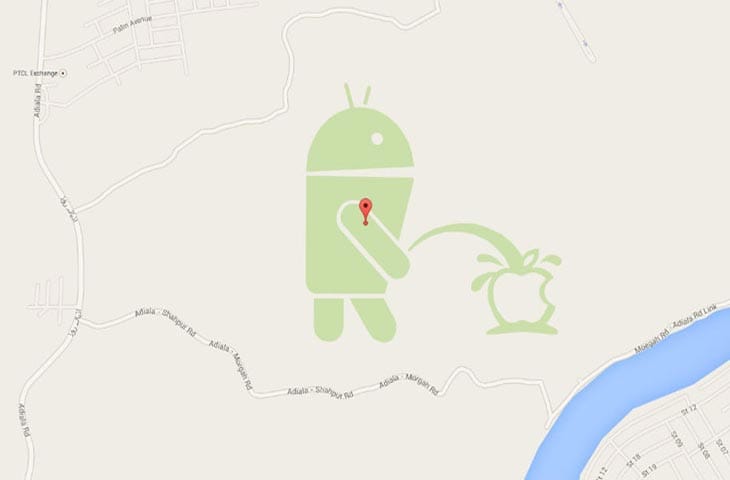 You can see the Google Map location above when the cheeky image existed and then again in a screenshot below this article, after it had been removed. This isn’t the first image to make it to Google Maps by users through the likes of Map Maker, and it will likely not be the last. If you spot anything else, then do let us know in the comments.