There are various eReaders on the market; these include models like the Nook Color and the Amazon Kindle. The Kindle actually reported profits for the year being 60% higher than they expected.

Now we are reporting that Archos are releasing a new eReader, so let’s have a look at the specs of the device. It has a 7” touchscreen with a resolution of 800 x 480, WiFi, 4GB of internal storage and the memory can be expanded up to 16GB by SD.

Moving onto the formats that the device supports, for video, VOB, MPG, AVI, FLV, RM, RMBV, MPEG-4, MKV and MOV of up to 720p. It can also support audio file formats of WMA, AAC, OGG, WAV, MP3 and WAV. As for photos it supports BMP and JPEG. You can read more about the specs here and here. 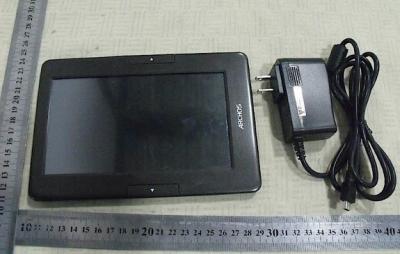 As we are all aware, eReaders have become insanely popular. The market doesn’t look to be drying up and as there aren’t too many recognized competitors for Nook and Kindle. This could be a great move for Archos. You can read more about the Archos 70b over at Engadget as well as over at Slashgear.

What do you think of eReaders in general? Do you think this one can compete? Let us know your thoughts in the comments below.