Long before the summer had even started, Amazon launched its own app store in the US. The March launch that saw the company give away a special edition of Angry Birds for free, left many Android users around the world frustrated as it was not worldwide. Now we have news for Android users that the Amazon Appstore is up and running outside of the US.

The Android Market rival has quietly gone live in certain regions away from US shores, and SlashGear are reporting that regions such as the UK and The Netherlands can now access and download from the store. There has surprisingly been no big announcement from the online retailer about the sudden availability of the store, with its actual site still stating its US only.

There have also been reports that users in Australia and India have got access to the store, but it may be a bit early for Amazon as some of them are reporting problems. So maybe Amazon will officially announce the availability of the service anytime soon.

Currently it is not known if those users outside of the US will be provided with the ‘Free App A Day service, which has so far helped Amazon get a good slice of the Android app market so far in the US. This rollout of the service could mean the launch of the Amazon Tablet is getting closer. It is not currently known though how much support the tablet will have for third-party apps. 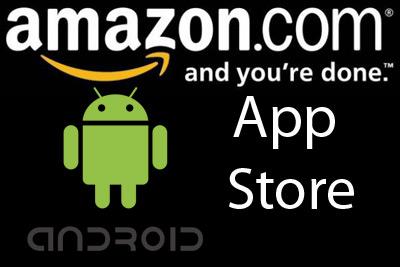