Android 8.0 has just been officially confirmed as Android Oreo by Google. Now, unsurprisingly millions of Android owners want to know what devices will get an update to Android 8.0 Oreo first and now we have the answer from Google, as well as a nice preview from the Android 8.0 Oreo beta.

You may not realise it, but the beta for Android 8.0 Oreo is already rolling out to certain device owners.

According to Google, these are the devices which will get Android 8.0 Oreo before anyone else:

If you have one of these devices then you may be able to take part in the Android 8.0 beta right now. We have proof of the beta being live already for some thanks to the update notes below. 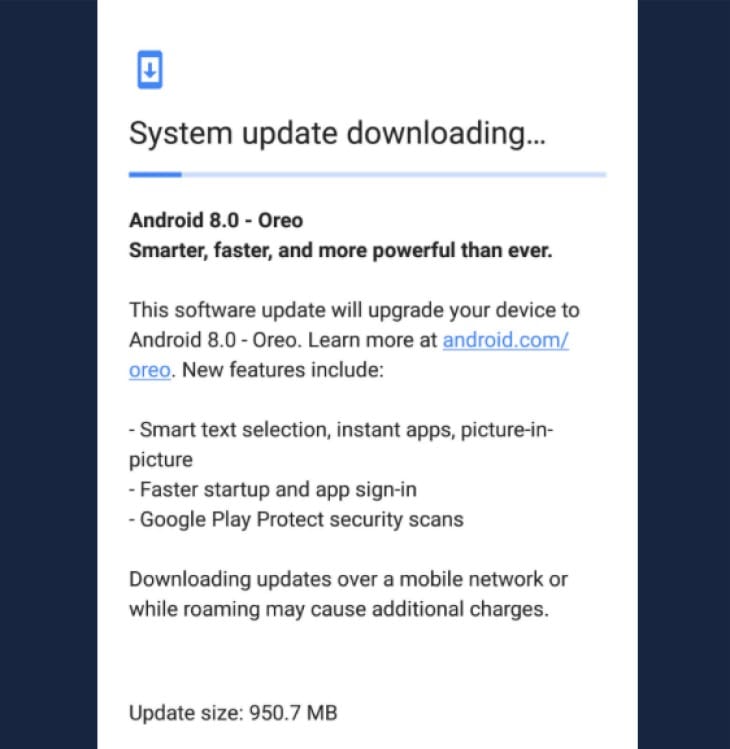 The new features in Google Android 8.0 Oreo in the first beta include:

Expect more features to be announced in the coming weeks when new beta builds are live. Let us know if you are trying out Android 8.0 Oreo right now or if you have any problems.